Join Anne Boleyn expert Claire Ridgway for 8 days of live talks and Q&A sessions all about Anne Boleyn, the second wife of Henry VIII. What really did cause her downfall? 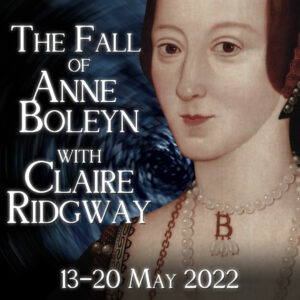 I love Tudor history, but my main passion is Anne Boleyn.

I started researching Anne Boleyn in early 2009 and I haven't stopped since. Anne keeps drawing me back to her story!

The book project that had the most impact on me personally was The Fall of Anne Boleyn: A Countdown. Although when I wrote it I was familiar with the events of 1536, the events that led up to Anne's tragic execution on 19th May 1536, it wasn't until I wrote that book and looked at the events day-by-day that it hit me just how quickly everything happened and that Anne and the men executed in May 1536 had no chance of any real justice. Those bloody events were huge miscarriages of justice.

As with all things Anne Boleyn, there are many myths, assumptions and misconceptions regarding Anne Boleyn's fall. As you probably know by now, I love nothing better than challenging myths and educating people about Anne and her story. That is my true passion. And I love talking about Anne Boleyn. So, I'm running a special online event focusing on the fall of Anne Boleyn.

Each day, from Friday 13th May to Friday 20th May inclusive, I will be going live simultaneously in a special private Facebook group and private YouTube channel and talking about Anne's fall. At the end of each live talk, I will be answering your questions. That's something I love to do. The questions are always so interesting!

Each live talk will also be recorded and transcribed and added to a private area of this website for those of you who can't join them all live. I will also be on-hand in the Facebook group and on YouTube to interact with you and answer questions that way.

This event is completely online so you can join in from the comfort of your home.

This event is for you if:

The Fall of Anne Boleyn with Claire Ridgway Schedule

I will be going live on the following dates:

In this live talk, I will be explaining the background to the events of spring 1536. How did Anne Boleyn go from being Henry VIII's true love, wife and queen in 1533 to climbing a scaffold on 19th May 1536 and losing her head to an expert swordsman? What factors had created a perfect storm against her in early 1536? Why did Anne have to die?
Talk followed by Q&A session.

Who were the seven men arrested in the fall of Anne Boleyn? Why had they been chosen? When were they arrested? What do we know about them?
Talk followed by Q&A session.

What exactly were Anne Boleyn and the men accused of? What legal machinery was used against them and by whom? When and where did their trials take place? What happened at their trials? What were their sentences?
Talk followed by Q&A session.

In this talk, I will go into detail on the imprisonment of Anne Boleyn and the seven men at the Tower of London. Where were they kept? Who attended Anne during her imprisonment? Why was Sir William Kingston particularly worried about George Boleyn? How did they all prepare for their deaths?
Talk followed by Q&A session.

Day 5 - Tuesday 17 May 2022 - The Executions of 5 of the Men, and George Boleyn, the life and fall of a Tudor poet, courtier and diplomat

What do we know about the executions of 17th May 1536? Where were the men executed? In what order? What happened?
I will share primary source accounts, details of what they said, and will also examine Sir Thomas Wyatt's execution poetry and his tribute to his friends and why he was so cutting about Mark Smeaton.
Talk followed by Q&A session.

Day 6 - Wednesday 18 May 2022 - Anne Boleyn’s Hope of Mercy and the Myth of Jane Boleyn, the Infamous Lady Rochford

Today, I'll be looking at 19th May 1536 in detail, what the primary sources tell us about Anne Boleyn's execution, before moving on to consider what happened next and the reaction to her execution, and then challenging some of the myths surrounding the events of May 1536.
Talk followed by Q&A session.

On the anniversary of the betrothal of Henry VIII and Jane Seymour, just the day after Anne Boleyn's execution, I'll be introducing you to Jane Seymour, looking at what we know about her and her involvement in Anne's fall.
Talk followed by Q&A session.

But we can't leave this event on that note!

Bonus pre-recorded talk: Anne Boleyn's Legacy - Here, I will end things on a positive note by paying tribute to Queen Anne Boleyn and looking at the legacy she left us. 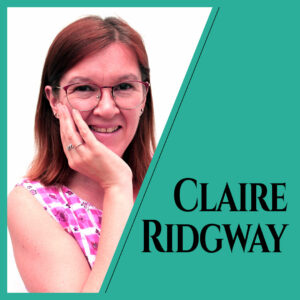 Historian Claire Ridgway is a Fellow of the Royal Historical Society and the best-selling author of 12 history books, including "The Boleyns of Hever Castle" (co-written with Dr Owen Emmerson), "The Fall of Anne Boleyn: A Countdown", "George Boleyn: Tudor Poet, Courtier and Diplomat" (co-written with Clare Cherry, "The Anne Boleyn Collection" and its two sequels, and "On This Day in Tudor History".

Claire is also the founder of The Anne Boleyn Files and Elizabeth Files blogs, The Tudor Society membership society, and the popular Anne Boleyn Files and Tudor Society YouTube Channel. She contributed to the recent BBC docudrama "The Boleyns: A Scandalous Family", has written for BBC History Extra and All About History Magazine, and been featured on a number of podcasts internationally.

Claire is a recognised expert on Anne Boleyn and loves sharing her research with Tudor history lovers worldwide.