Tudor historian Claire Ridgway and 7 other experts in 10 days of talks and Q&A sessions (plus Bonus talk and zoom chats) exploring the life and reign of Elizabeth I, the iconic English queen who's known the world over. A perfect event for those wanting to know the history behind "Becoming Elizabeth".

You may know me from my blogs, The Anne Boleyn Files and Elizabeth Files, my YouTube Channel and my 12 history books, which include The Boleyns of Hever Castle (co-written with Dr Owen Emmerson), On This Day in Tudor History, The Fall of Anne Boleyn: A Countdown, The Anne Boleyn Collection series, and George Boleyn: Tudor Poet, Courtier and Diplomat (co-written with Clare Cherry). Tudor history is my passion and I love sharing it with others.

Everybody has heard of Queen Elizabeth I, Gloriana, Good Queen Bess, the Virgin Queen, but not many know or understand the obstacles and challenges she faced, both before she became queen and then ruling a country in a male-dominated world.

Henry VIII famously changed the course of English history with his determination to marry Elizabeth's mother, Anne Boleyn, and then caused shockwaves around Europe when he had her beheaded just 3 years after their marriage. Elizabeth was just two years old when she lost her mother, was made illegitimate and removed from the line of succession.

Elizabeth had to overcome the stigma associated with her background, cope with being sexually harassed then losing her beloved stepmother, convince her half-brother the king that she hadn't been plotting with his uncle, and then suffer imprisonment in the Tower during her half-sister's reign after being accused of involvement in rebellion. All that in her first 21 years!

Elizabeth became queen on 17th November 1558, but her 44-year reign was never going to be easy - being a female ruler, the pressure to marry, religious divisions, plots against her, handling factions at court, dynastic challenges, the threat of invasion and war, excommunication... The list goes on - yet her reign is known for its Golden Age and she has gone down in history as one of England's greatest monarchs.

Each day, from Wednesday 7th September to Friday 16th September inclusive, I will be hosting daily talks and Q&A sessions with the very best Tudor historians. We will bring this iconic queen to life for you and give you a new understanding of the challenges she faced as a 16th-century queen and daughter of a condemned traitor.

This event is completely online and international so you can join in from the comfort of your home.

This event is for you if:

Elizabeth I: The Life of Gloriana, the Virgin Queen Schedule 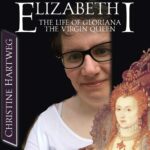 Claire interviewed Christine Hartweg, author of the excellent "Amy Robsart: A Life and Its End" about the death of Robert Dudley's wife, Amy (née Robsart) in September 1560. Her death caused a scandal with rumours that she'd been murdered, and it still causes controversy today. Learn more about Amy and Dudley from Christine and Claire in the interview.
Find out about Christine Hartweg. 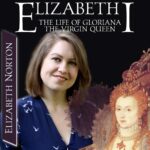 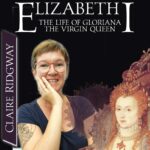 At 10pm UK/ 5pm New York, we have a live-streamed talk from me, Claire Ridgway, on Elizabeth's beginnings in our private Facebook group and YouTube channel. I will introduce you to Elizabeth I by exploring her background, her early life as first the heir to the throne and then bastard, her relationships with her four stepmothers and her father, and the people who surrounded her in her early years. The talk will be followed by a Q&A session.
Find out about Claire here.

In a pre-recorded talk, Claire will be exploring the events of early 1554 which led to Elizabeth being arrested and imprisoned in the Tower of London. Why was Elizabeth implicated? What happened to her in the Tower? Why was she released? What was house arrest like for her? What happened next?
Q&A session in our chatroom with Elizabeth Norton at 10pm UK/ 5pm New York. 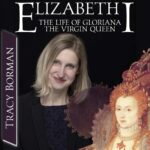 Based on her best selling book, Tracy Borman will explore the fascinating relationships that Elizabeth I had with the women who influenced her most. From her scandalous mother, Anne Boleyn, to her greatest rival, Mary Queen of Scots, and the ‘flouting wenches’ who served her at court, they show Elizabeth in a surprising new light.
Chatroom chat - Informal chat on all things Elizabeth I at 10pm UK/ 5pm New York.
Find out about Tracy here. 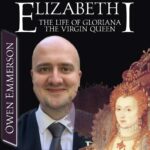 It is often said that Elizabeth I was happy to draw comparisons between herself and her father, calling herself "the lion's cub", and that she chose to distance herself from her mother, Anne Boleyn, but is that true? In his talk, Dr Owen Emmerson explores Elizabeth I's Boleyn connections and how she made reference to her Boleyn roots.
Find out about Owen here.
Chatroom chat - Informal chat on Elizabeth I books, TV and series at 10pm UK/ 5pm New York. 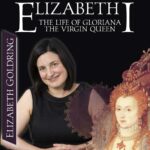 Did Robert Dudley have his wife killed so that he could marry Elizabeth I? Was the Virgin Queen really a virgin? Elizabeth Goldring separates fact from fiction, answering these and other questions as she tells the thrilling story of one of history's greatest romances.
Find out about Elizabeth Goldring here.
Q&A session in our chatroom with Owen Emmerson at 10pm UK/ 5pm New York. 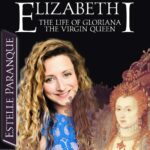 During the course of her reign, Elizabeth had to deal with five different French kings and a powerful queen mother who saw herself as Elizabeth’s equal. From defiance to distrust to conspiracy to marriage propositions to unexpected friendships, Elizabeth developed her personal relationship with each monarch and their resident ambassadors. She showed preferences but in the end she always dealt with them with caution and respect and was more than a mere counterpart. She often became an advisor and a mediator.
Find out about Estelle here.
Q&A session in our chatroom with Elizabeth Goldring at 9pm UK/ 4pm New York. 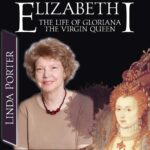 The rivalry between cousins Elizabeth I and Mary Queen of Scots is one of the most famous in British history, the stuff of endless biographies, romantic novels, Hollywood films and frequent exhibitions. Yet there are different views among historians about the significance of this fraught relationship. In this talk, Dr Linda Porter will examine the upbringing of these two women, their experience as ruling queens, their attitudes to marriage and the importance of Mary’s fateful decision to seek Elizabeth’s help in regaining her Scottish throne. Linda will also consider who was the real victor of this deadly rivalry between two queens who never actually met.
Find out about Linda here.
Q&A session in our chatroom with Estelle Paranque at 9pm UK/ 4pm New York.

As a female ruler in a male-dominated world, Elizabeth was surrounded by men who wanted to advise her and even control her. Who could she trust and who did she trust? In this video talk, Claire explores some of the men Elizabeth trusted and kept close to her.
Q&A session in our chatroom with Linda Porter at 8pm UK/ 3pm New York.

Live-streamed video talk. Elizabeth I's reign has gone down in history as a Golden Age, but what made it so? Claire explores the many achievements of Elizabeth and her government before looking at the uglier side of the Elizabethan period, including the persecution of Catholics.
Talk followed by Q&A session at 10pm UK/ 5pm New York.

Live-streamed video talk. Elizabeth I is surrounded by many myths and in this talk, Claire examines a few of them, including the Bisley Boy Legend, the idea that Elizabeth had illegitimate children, and the theory that she had "testicular feminization".
Talk followed by Q&A session at 10pm UK/ 5pm New York. 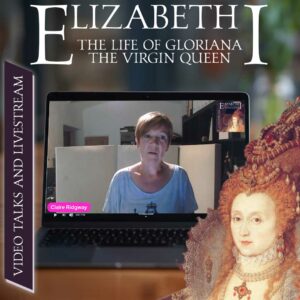 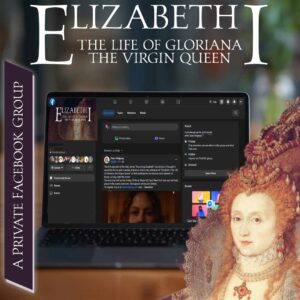 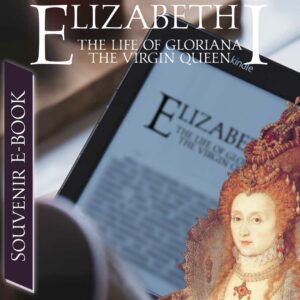 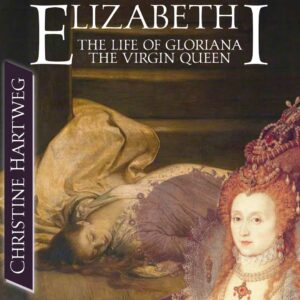 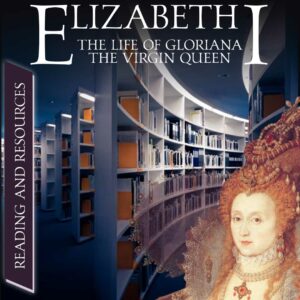 The talks will have subtitles and be transcribed. The Q&A sessions will be a mix of livestreams and typed chats, each one being either recorded or transcribed for future reference.

Who is your host Claire Ridgway? 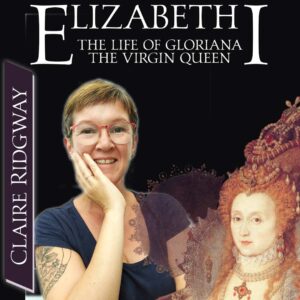 Historian Claire Ridgway is a Fellow of the Royal Historical Society and the best-selling author of 12 history books, including "The Boleyns of Hever Castle" (co-written with Dr Owen Emmerson), "On This Day in Tudor History", "The Fall of Anne Boleyn: A Countdown", "George Boleyn: Tudor Poet, Courtier and Diplomat" (co-written with Clare Cherry, "The Anne Boleyn Collection" and its two sequels, and "On This Day in Tudor History".

Claire is also the founder of The Anne Boleyn Files and Elizabeth Files blogs, The Tudor Society, and the popular Anne Boleyn Files and Tudor Society YouTube Channel. She contributed to the recent BBC docudrama "The Boleyns: A Scandalous Family", has written for BBC History Extra and All About History Magazine, and been featured on a number of radio stations and podcasts internationally.

First and foremost, I wanted to send out a huge thank you to you and to Tim for putting this event together. It has been an absolute delight and I am so glad that I was able to be a part of it. I have learned so much about Anne that I didn't know before and, while I've been a "fan" of hers for over a decade, this conference has brought her into a new light for me.

Thank you for a great event. I learned a lot.

Thank you so much for putting together this event! It's been something I've looked forward to every evening, and I've learned so much from the talks and Q&As. As I said in the chatroom, it's been worth every penny, so thank you.

The event was like having a personally delivered documentary!

I would like to express my thanks and appreciation for "Anne Boleyn, the Woman who Changed England" event. It was not 'just' a Masterclass but a total experience. The guest speakers, each with a unique and personal approach, brought new insights into the ups and downs of Anne Boleyn's significance in history as a whole, but also provided a window into the intimate experience of Anne Boleyn, her family and her contemporaries. The interaction with the fellow followers was an experience in itself. People from Canada, USA, Australia, Ireland, Scotland, Wales, England, Germany (I hope I didn’t forgot any) and myself from Flanders found each other around the same theme. Although I have been fascinated by Anne Boleyn and family for more than 55 years, I gained a lot of new knowledge

'Anne Boleyn - the woman who changed England' expertly curated by Claire Ridgway brought together a group of historians who generously shared their knowledge. The various talks on Anne's early life and the influences that shaped the woman she became left me with a vivid picture of her and why she was a worthy Queen Consort. Very enjoyable, informative and good value; I'll definitely be signing up for any similar events in the future.

The Woman Who Changed History was a wonderful event and I enjoyed it very much. The level of scholarship involved was impressive and all the presentations were fascinating - I learned a great deal. The Q&A sessions really contributed to the event’s success. Claire is very organized with great attention to detail, and is genuinely concerned that all participants receive the best possible learning experience. This event was well worth the price, and I would be happy to sign up for another - thank you!

I just received my book and I'm looking forward to reading it. I enjoyed all of the presentations. Your current series on Anne's fall has been wonderful. I hope you will offer more in the future. Thank you very much for all you do to advance Tudor research.

I just wanted to thank you for the terrific Anne Boleyn course over the past week! It was really special to hear about the events of May 1536 in "real-time," (and sometimes live!) and to get to experience them with a great group of people. It was so immersive.

The event was like having a personally delivered documentary!