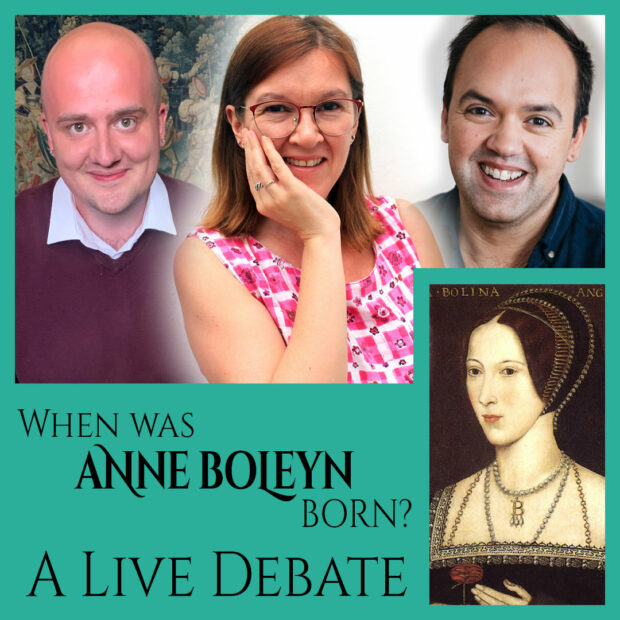 Anne Boleyn's birthdate is lost to history and historians have been arguing over it for many years, with two main dates being put forward - 1501 and 1507.

Was Anne Boleyn just six years old when she was sent to the Continent and just 28/29 when she was brutally executed on false charges, or was she 12 when she set off for Margaret of Austria's court and 34/35 when she was killed?

Why does it matter?

Well, it's even more of a coup for Thomas Boleyn to have attained a place for his daughter at Margaret of Austria's court if she was just six, and if she was just 28 when she was brought down in 1536, she had quite a few fertile years ahead of her so it affects how we see her fall and the factors involved.

Gareth Russell and I have always disagreed over Anne Boleyn's birthdate, amicably, of course, with Gareth arguing 1507 and me going with 1501. It's become a long-standing joke between us, so I was intrigued when Gareth said he'd changed his mind, but not to 1501. He hasn't told me his reasoning, I'm in the dark, but I've organised a live debate about it.

Gareth and I are great friends with Dr Owen Emmerson of Hever Castle so we thought it would be fun and interesting to debate Anne Boleyn's birthdate, and to do it in front of an audience! We'll chat about our reasoning, the evidence we rely on, all the different factors, and we'll see what happens. Owen and I are both 1501, but are willing to have our minds changed – can Gareth change them? We shall see!

Our live-streamed debate will take place on Saturday 19th March 2022 at 10pm UK time/6pm New York and there will be a live Q&A session afterwards. It's a bonus live event for ticket-holders of my 10-day "Anne Boleyn, the Woman who Changed England" online event which starts on 28th February. Doors for registration close on 25 February so make sure you register now!

It's going to be a fun event so do join us!